Only the Developers Know Brooklyn. 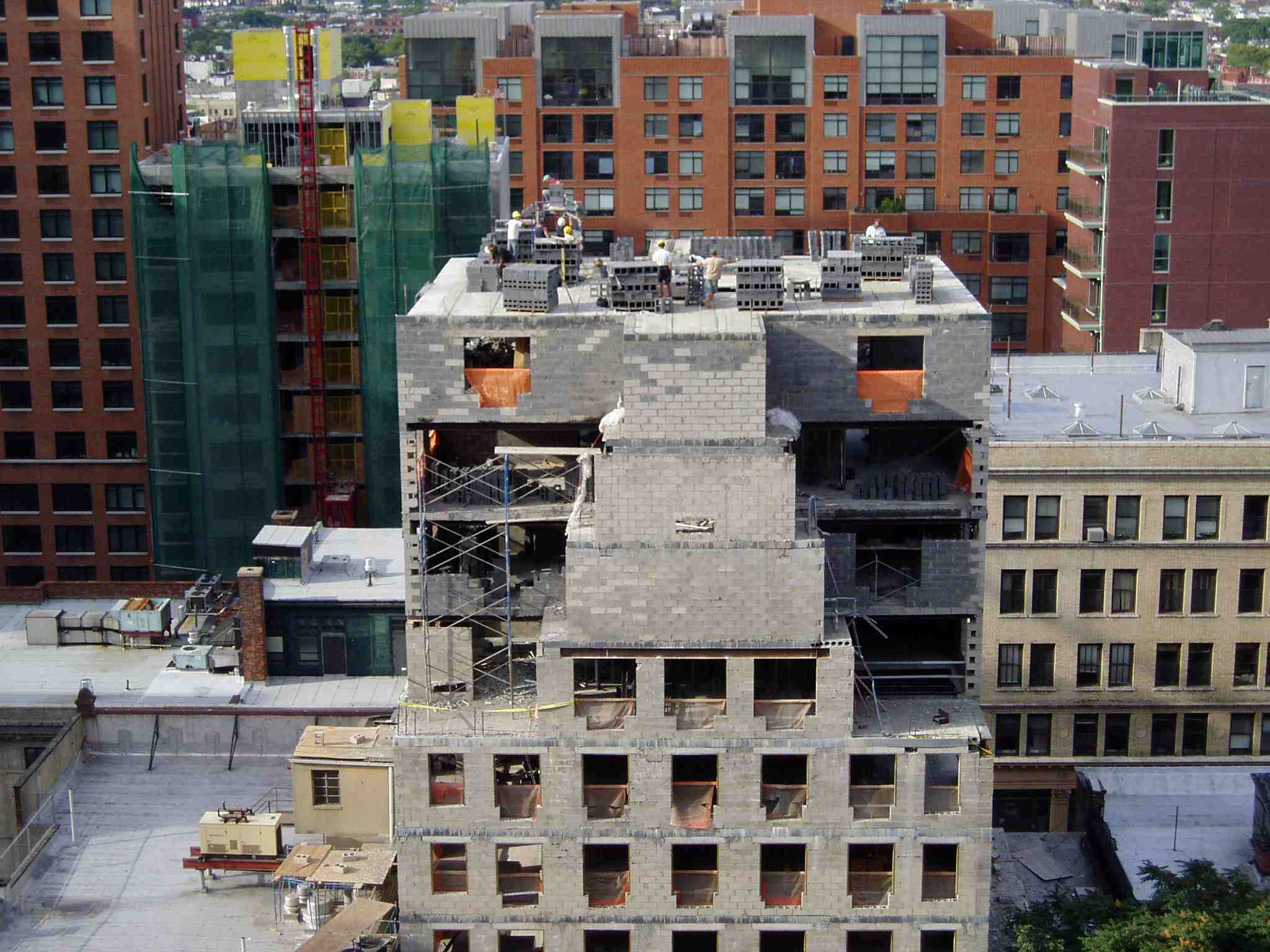 In Vermont, all was dewy and green. In Brooklyn, all is coated with a layer of concrete dust. This is the view from my window. I’ve been watching this concrete condo going up, block by block, story by story. It may be the least inspired new building I’ve ever seen (with the possible exception of the Brooklyn Law School dormitory, also outside my window). I was, however, surprised to notice, upon my return from the land of fanciful hippie architecture, that the concrete condo has a little wedding-cake motif going. Now it’s got setbacks. Very fancy.

Last year, I wrote a Metropolis column that sums up my conflicted feelings as a fan of good new architecture, by the scene outside my window. I think it’s still relevant: “Oh Brooklyn, My Brooklyn.”

Also on the subject of Brooklyn, please note that the one and only public hearing on the Draft Environmental Impact Statement for Planet Ratner (aka the Atlantic Yards project) will be held on Wednesday August 23 at 4:30 p.m. at the ever alluring Klitgord Auditorium (part of the New York City Technical College), 285 Jay Street, near Tillary. It’s scheduled to end at 8:30. The last such hearing I attended made me feel the way I did when I first saw the Costa-Gavras film Z. Sadly, political drama in Brooklyn lacks stirring theme music by composer Mikis Theodorakis.

Maybe we can all go and hum the theme from Z.