1. Someone just sent me this link to the New York Magazine website. It’s the transcript of the conversation on ECHO, the pioneering Internet bulletin board, from the morning of September 11, 2001. Maybe I find it fascinating because I’ve long been a member of ECHO and know some of the participants (although on that day I was on a train somewhere in Sweden and didn’t log in), but I also think the raw, unedited transcript captures the horror and the confusion of typical New Yorkers as vividly as the news photos we’ve all seen so many times.
2. Also worth checking out, if you’re thinking about the World Trade Center are photographer Kristine Larsen’s Before and After images. She lived for many years just a couple of blocks from the WTC, so she often photographed the street life of the neighborhood. After the WTC was wiped out, she went back and photographed the same locations, trying to match the perspectives in the earlier photos. What I especially like about these photos is that they are a reminder of the vitality the neighborhood once possessed. They are about its life, rather than its death. 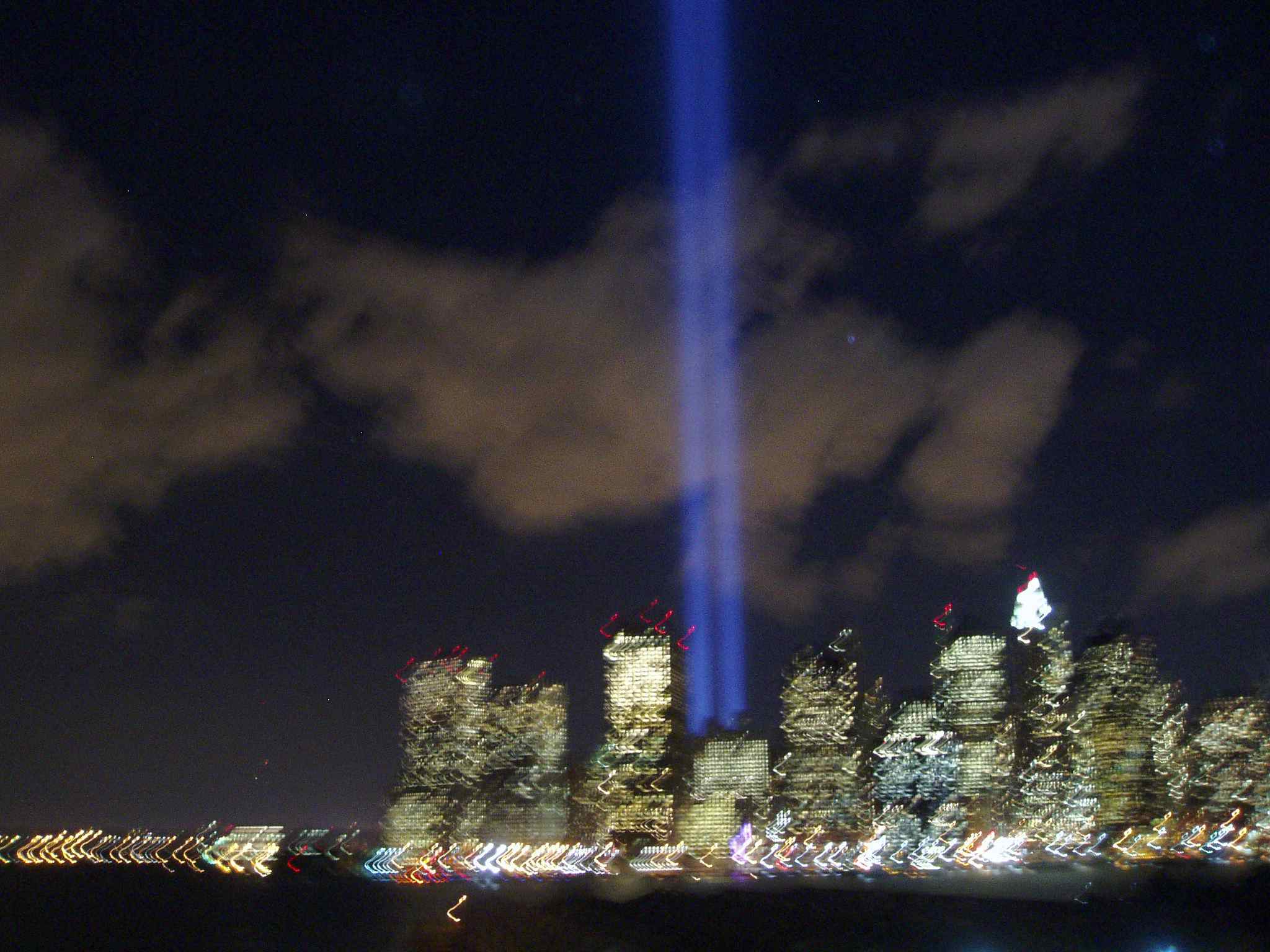 My only real 9-11 ritual is to walk down to the Brooklyn Heights promenade and gaze at the Tribute in Light. I always notice guys leaning on the iron fence at the edge of the Promenade, their heads bowed. I think they are praying. And then I realize that they are just using the fence as a tripod, steadying their cameras. Clearly, I did no such thing.