A White Xmas in Brooklyn. 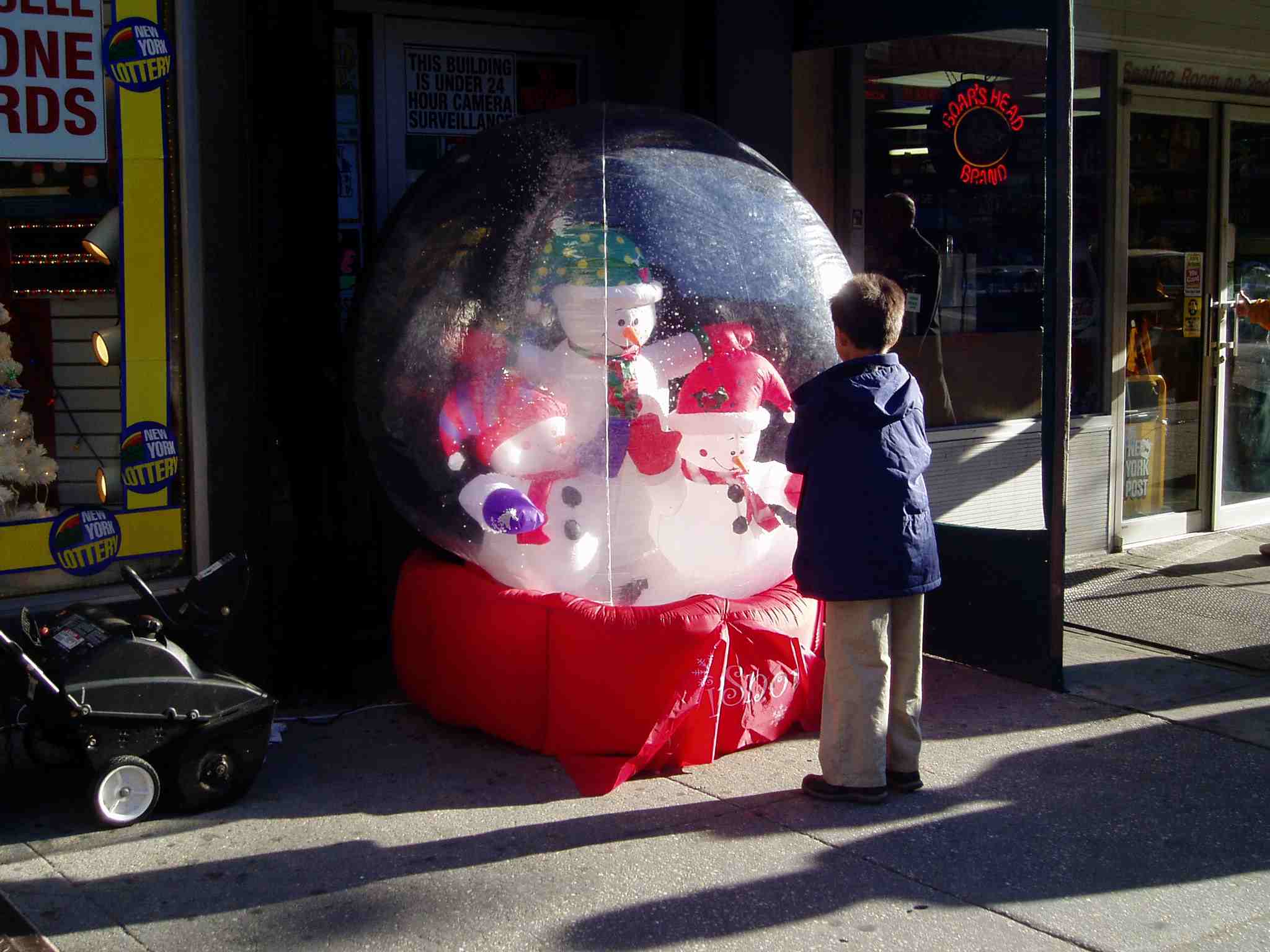 Well, this is as close as we’re going to get.

Actually, it feels as if we in Brooklyn have gotten coal in our Christmas stockings (or beside our menorahs) from our elected officials up in Albany. Yes I’m talking about the decision from the Public Authorities Control Board to allow Bruce Ratner’s Atlantic Yards project to proceed. I will let the ever capable Brooklyn Paper do the heavy lifting on this subject (and www.nolandgrab.org is another excellent source), but I’ll tell you the thing that bothers me most.

I don’t have a problem with the idea of developing the air rights above the Atlantic Avenue rail yards. I think it’s basically a good idea. And while a basketball arena isn’t exactly the thing I believe the neighborhood needs, I figure that if you’re going to build one, you might as well put it above a transit hub. Yes, I believe the project is clearly too big and its plan — from what I’ve seen so far — is hostile to the surrounding neighborhoods. But that’s not what makes me angry. The thing that I find outrageous is the process…or the lack of process.

The city, in consultation with the surrounding community, and the MTA, should have developed a master plan and then done a request for proposals, selling off parcels to the developers who would bring the most value — qualitative value, as well as cash value — to the site. That, in theory anyway, is how the planning process in this city is supposed to work. However, because the public land in question is owned by the state, backroom deals and cronyism have prevailed. (And the state could have used the Battery Park City model, one that incorporated a variety of developers and architects over time…Oh, right, that plan came out of the Cuomo administration, not the Pataki administration.)

The public hearings on Atlantic Yards were simply theater. They allowed people to vent, but didn’t affect decision making at all. The Ratner deal has been, from start to finish, an assault on the meaning and value of public process. I, like a lot of people, thought (naively) that because the whole deal was so conspicuously scummy, that Governor-elect Eliot Spitzer, tireless crusader against white-collar crime, would have wanted to at least have slowed the bulldozers down, but I guess his crusading days are now over.

Meanwhile, the Itinerant Urbanist was in New Orleans for a couple of days and came back with this remarkably upbeat story for the New York Times home section. And my current Metropolis column sums up my October swing through the Pacific Northwest and talks a bit about Portland and Vancouver’s efforts to encourage the development of smaller, more affordable houses and also the ever-popular — and slightly aberrant –Seattle home of architect Dave Sarti.