As unrealistic as I was told my house-hunting budget was, back when I was working on my book, The Perfect $100,000 House, that beguiling price-tag now seems to be in fashion. For example, there is the Philadelphia 100K house project that I wrote about in the January issue of Metropolis (although, to be honest, 100K is their construction budget; the actual selling price for completed townhouses will be in the low 200s).

And then there’s the house shown above by Murphy Mears Architects of Houston, one of five finalists in a $99,000 house competition sponsored by the city of Houston. The designs are supposed to be energy-efficient and generally green. This one has a roof designed to collect rainwater. (Thanks to ArchNewsNow for the link.)

And from Holly Odom of the Austin firm, Mark Odom Studio, I got the following email:

“I know Austin has its fair share of modern homes, which are getting greener by the day, but I don’t know of one that hits all points like this one: urban infill, an under $150K price tag and projected 5 star rating.” (See photo below.)

And three,* of course, constitutes a trend, although I don’t know that my book is responsible. I tend to believe that the rise of the green movement combined with the collapse of the residential real estate market is behind this renewed interest in enlightened modesty. And if that’s the case, the demise of the housing boom might turn out to be a good thing. 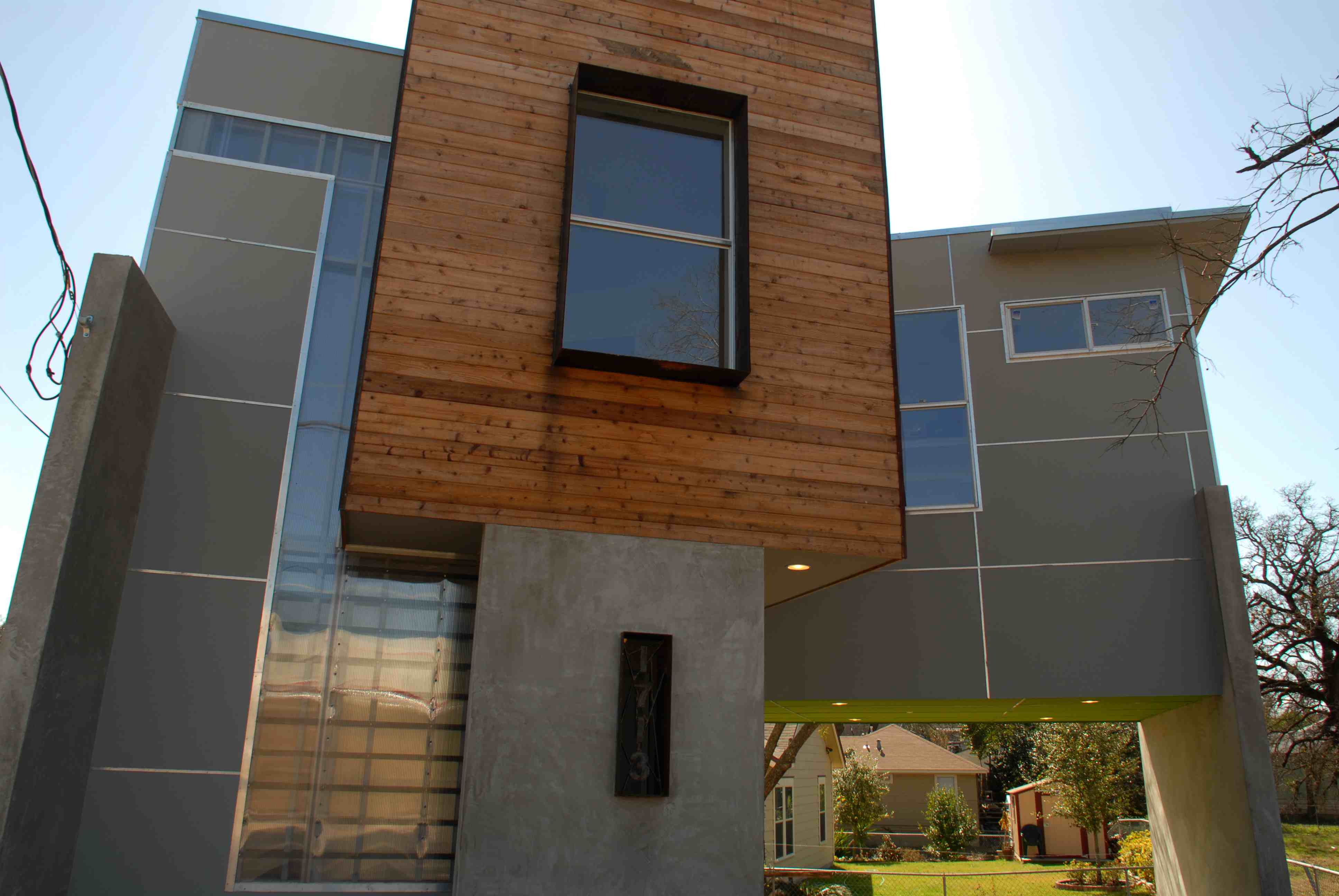 *Actually, since the first of the year, I’ve been emailed several more houses in the same price range, but I don’t have pictures of all of them.