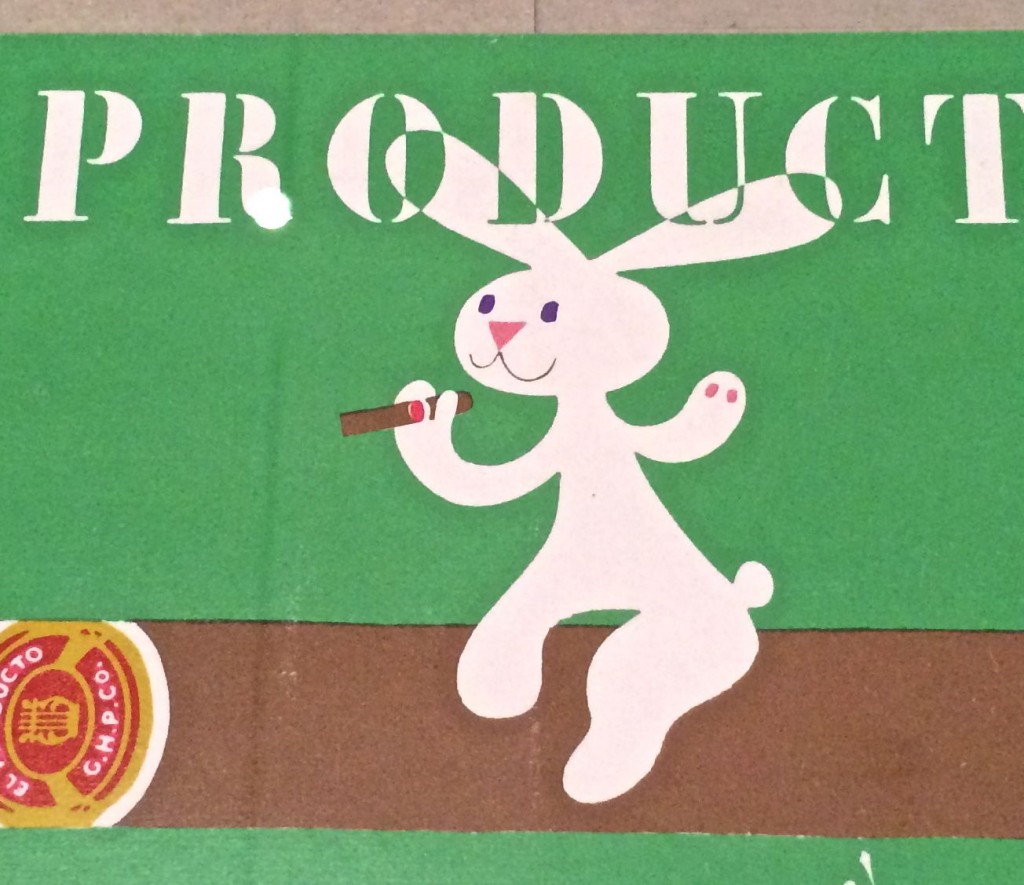 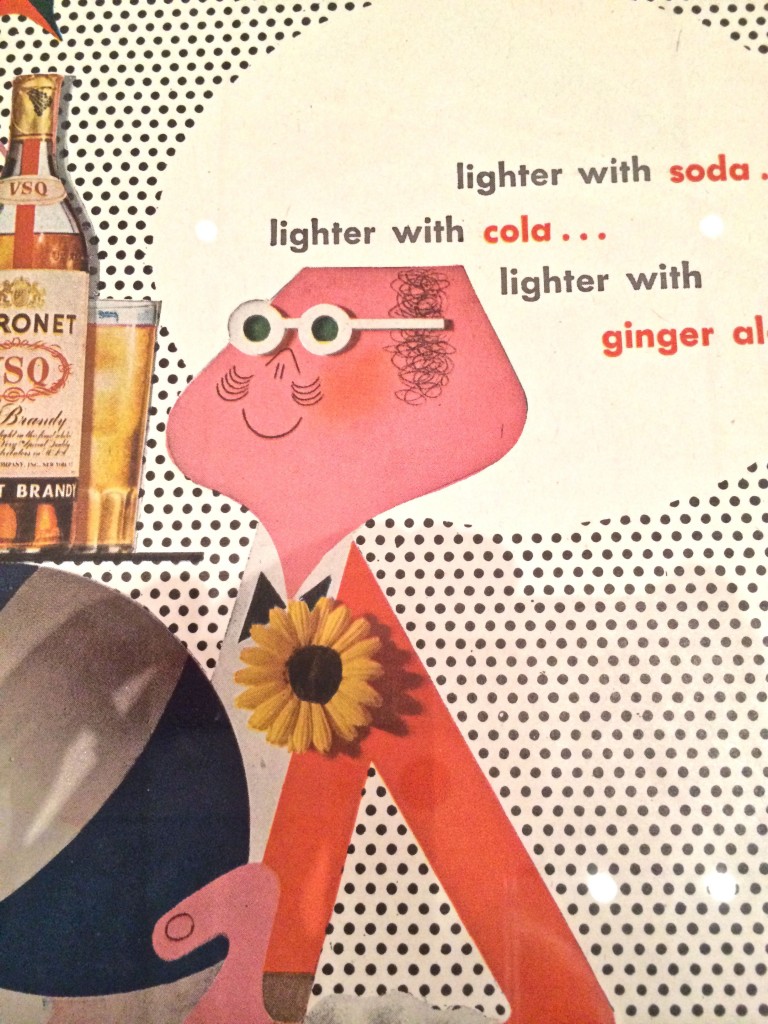 What I remembered at Everything is Design: The Work of Paul Rand, an exhibition of the legendary graphic designer’s work that just opened at the Museum of the City of New York, is the whimsy.  I’d forgotten all about it.  When I think about Rand (1914- 96), what comes to mind first is his UPS logo, a box tied with a bow, which is, I guess, a little whimsical.  And the IBM logo, with the slices through the letters, which isn’t whimsical at all.

But I’d forgotten that a designer who I consider as dedicated a modernist as the late Massimo Vignelli, a designer whose books jackets and magazine covers from the 1940s and 1950s often looked like abstract expressionist canvases, had this goofy streak.  And remembering made me happy.   The sweetness that percolates through Rand’s work serves as a reproach  to designers who take themselves too seriously.

One of the first things that happened when I started writing about design a very long time ago, was I met Paul Rand.  I was working for my first feature ever for Metropolis, about why corporate logos had become so abstract and so ugly.  My thesis:

“In the information age, figurative logos carry too much baggage.  They’re reminders of historic and geographic ties, of the dark ages when American corporations wanted to be known for making particular things, for doing particular things instead of selling services and sending binary impulses careening around the globe.”

Rand, who had just designed a logo for a Steve Jobs company called NeXT,  agreed to an interview.  He invited me to the Yale Club, which I found intimidating. But Rand, who later developed a reputation for being a bully, was a bit gruff, but  gracious.   I asked him what corporate clients expect from a new logo. His reply:

I asked him about IBM’s stripes:

“Stripes have no literal meaning whatsoever.  They only mean technology and computers by association.”

Those are the only direct quotes from Rand that appear in the (very long) story.  What else he might have said, I don’t recall.   He wasn’t charming in any conventional way.  He definitely wasn’t trying to sell me anything.  He wasn’t hugely quotable.   But  I came away from our one meeting admiring him.

The survey of his work at the MCNY made me marvel that there was once room in corporate culture for a guy like Rand.  And made me think about the role of whimsy in graphics today.  It’s out there.  The subway advertising for the health insurance company Oscar comes to mind.   But much of what aspires to be charming is also pretty predictable.  You know, the handmade hipster artisanal look.  A lot of what Rand did for his corporate clients is so oddball that it would be impossible to sell today.  Except maybe in a set of emoji.

The work of Paul Rand is a reminder that one can — and ideally should — be serious and goofy at the same time.   Go see the exhibition.  You’ve got until July 19.