The Itinerant Urbanist drives around Boston 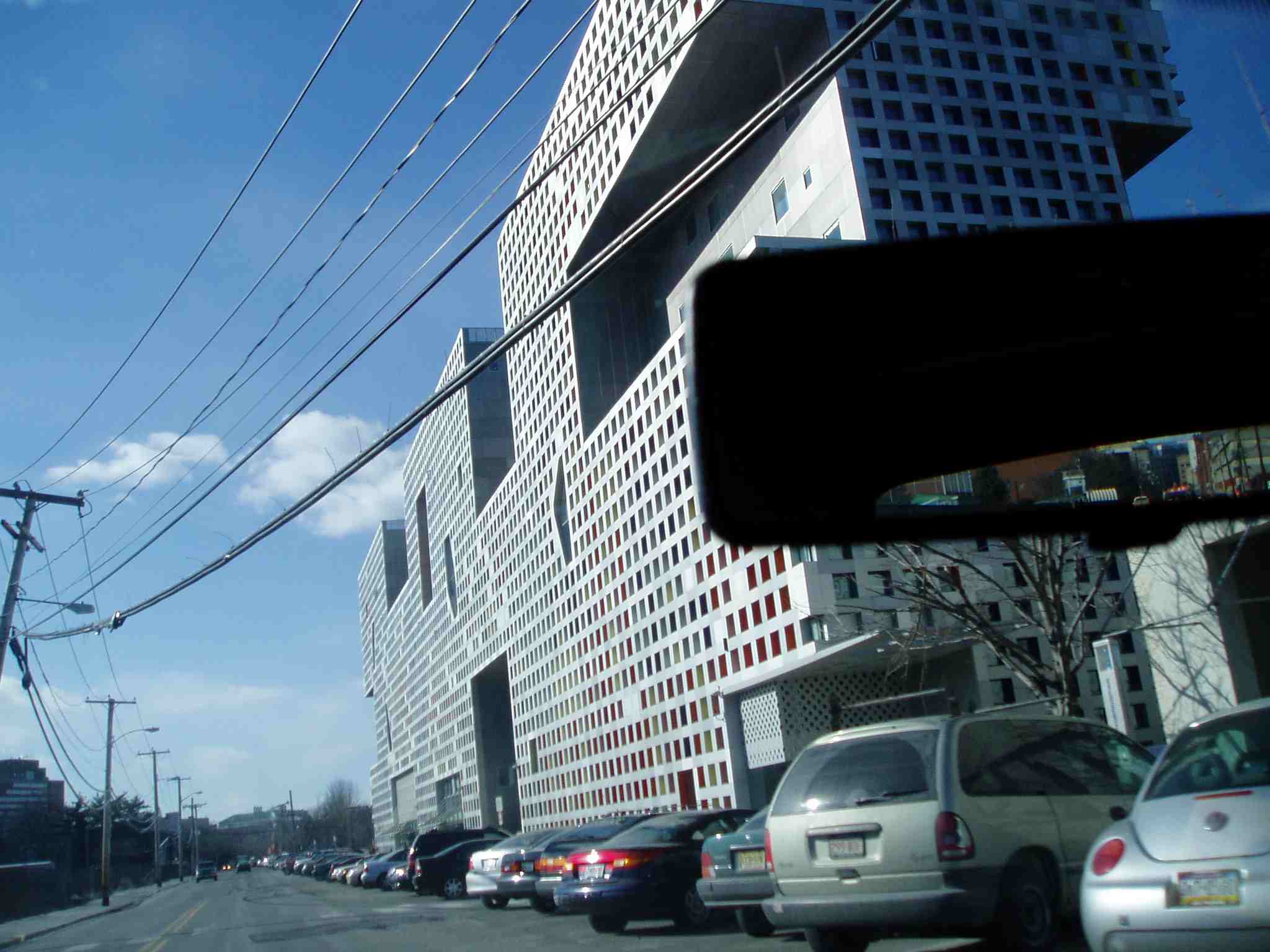 I had big plans. After I finished up a couple of interviews, I was going to walk everywhere, reacquainting myself with the cities on both sides of the Charles River. I was especially eager to check out new, post-Big Dig sections of Boston. Then it got cold. Very cold. And soon I was no longer willing to get out of my car, not even to inspect Steven Holl’s MIT dormitory, Simmons Hall, aka The Sponge.

Actually, I’d spent the morning at MIT and had as much brisk walking as I could stand, scurrying around the weirdly depopulated campus looking for an obscure lab building. It took me a few minutes too long to figure out why no one else was outside; the locals know that you can get pretty much get anywhere on campus by cutting through the buildings. After a student took pity on pitiful runny-nosed me and helped me chart an indoor course to my destination, I meandered into Stata Center, the computer lab building by Frank Gehry. I’d attended the opening of the building about two years ago, and while I appreciated the idea that the architecture was supposed to be a metaphor for the creative energy within, I never much liked it from the outside. It seemed too much like a grab bag of familiar Gehry gestures haphazardly lumped together. However, the inside, an amorphous network of private labs and communal spaces, seemed pretty great. It looked like a wonderful building in which to dream up new technologies. And, while the rest of the campus was bleak and lifeless on a frigid January day, the lobby coffee bar of the Stata Center felt like a party. 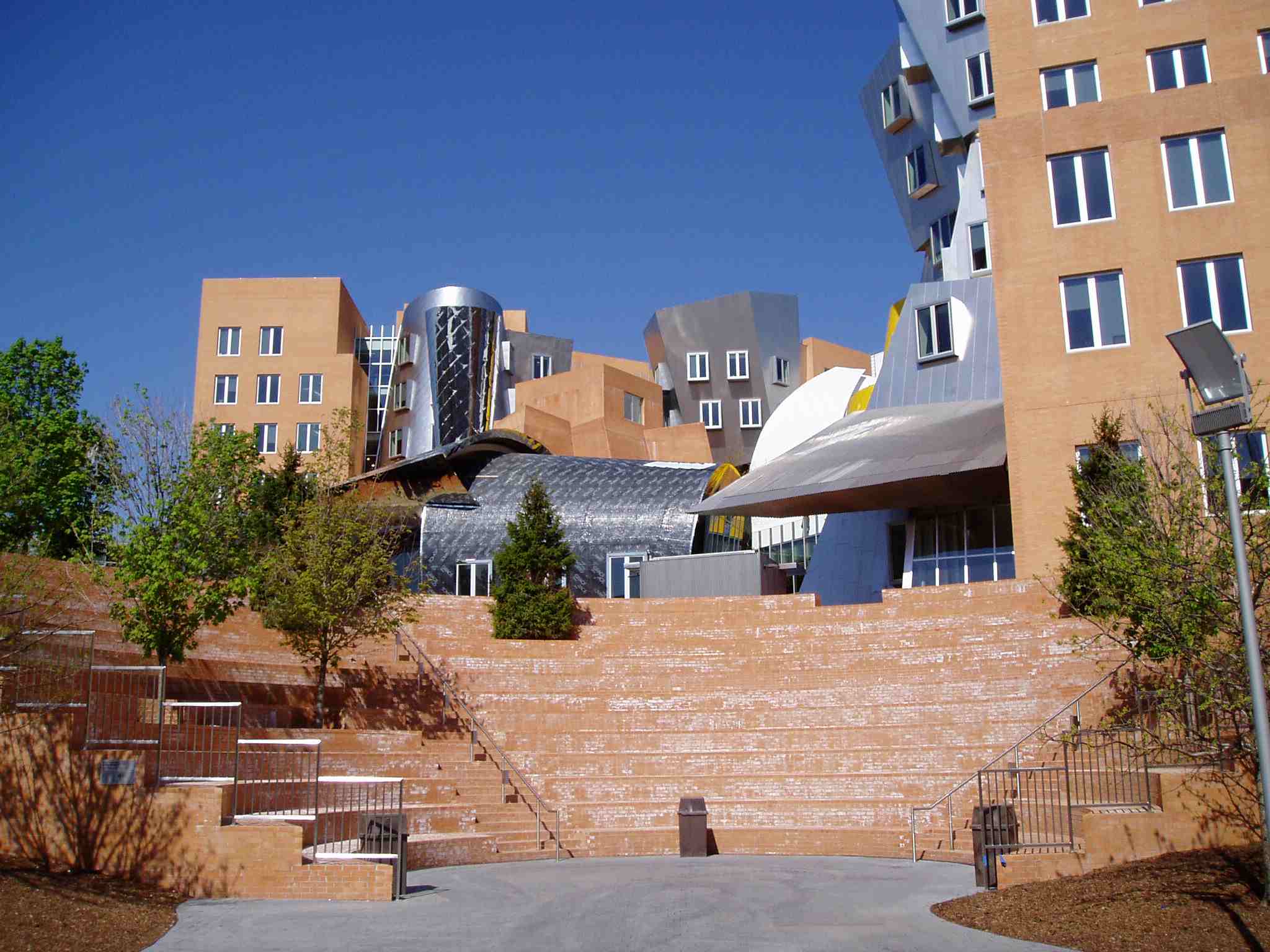 I did force myself to get out of the car and actually visit the new Institute of Contemporary Arts, a waterfront building designed by Diller Scofidio + Renfro. “Super Vision”, a splashy survey of contemporary art, was unsurprising but fun. (Actually, I liked the selectons from the permanent collection better.) But seeing one of Gerhard Richter’s Stadtbild paintings made me remember just how much I love the way he frames the world. And framing the world is precisely what this building does. The building is trained on Boston Harbor like a giant Polaroid camera. 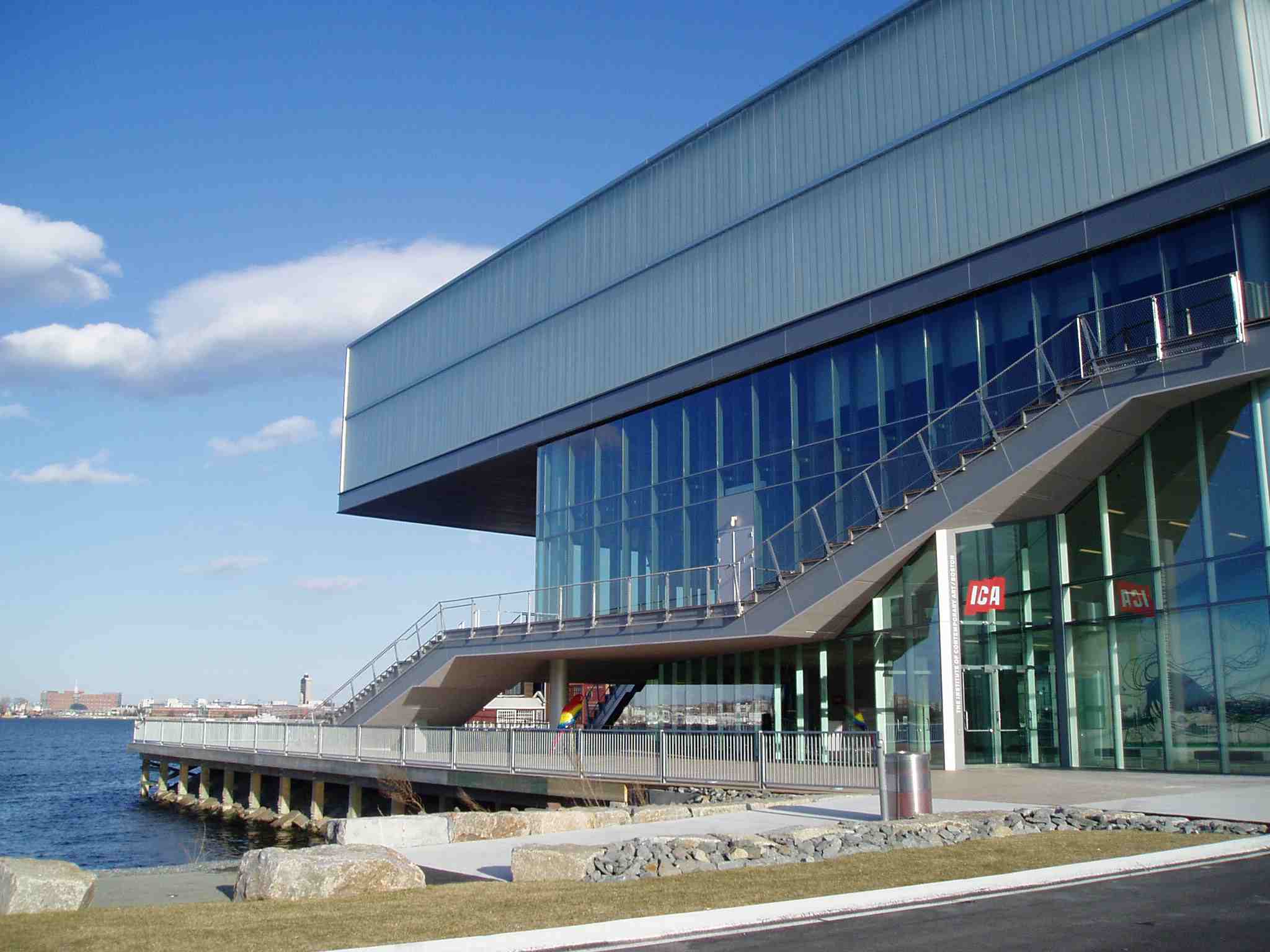 The most significant work of art on display is the harbor itself, which the architects showcase at every opportunity. On the ground floor, underneath the building’s overhang, there are tiers of bleachers oriented toward the water. Presumably they’ll provide a spot for warm weather performance art, but they also imply that the harbor itself is theater. The two main galleries on the top floor are linked by a glorious glass-enclosed hallway with benches facing the view, provided much the way MoMA might provide benches for an extended visit with Monet’s Water Lilies. And then there’s the media room, a computer center that slopes down to a tightly cropped slice of the harbor. 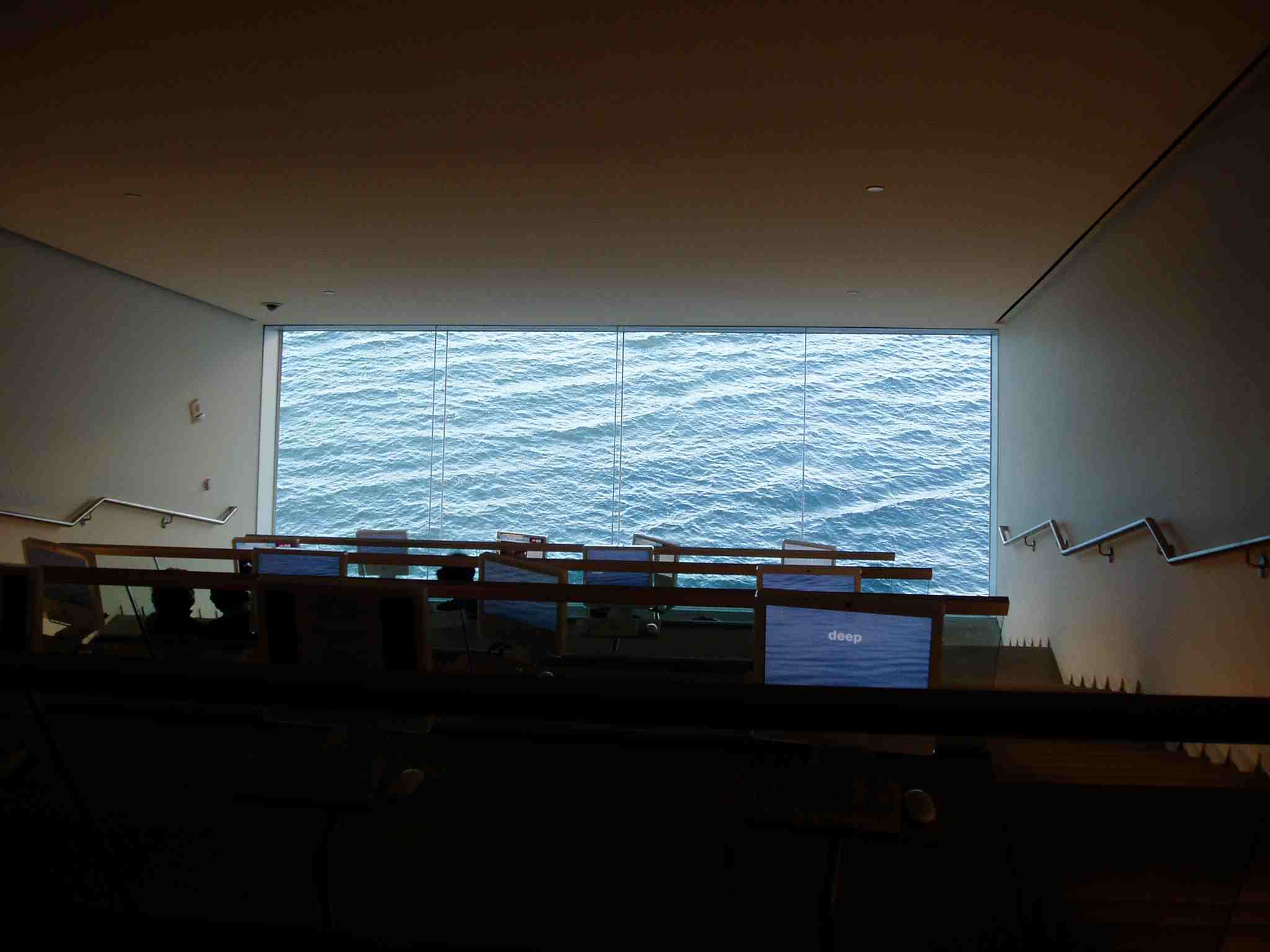 During my visit, I kept thinking, “I know this building from someplace.” (This happens to me; I get architectural deja vu. I walk into a brand new example of outrageously experimental design and think, “Haven’t I been here before?”) Eventually it dawned on me that the ICA is actually the descendent of an unbuilt Diller + Scofidio project called the Slow House. A Long Island vacation home, a curving box with a window at one end facing Noyack Bay, it was one of the more interesting works exhibited at MoMA’s 1999 “Un-Private House” show. In the catalog, the architects described the house as “an apparatus for producing a view.” Back then, Diller + Scofidio were known more for theory than for actual buildings, so there was a bonus layer of complexity. Their design called for a video monitor in front of the big window that would be linked to a video camera trained on the water view. The architects explained the resulting dynamic between real view and fake view this way: “As the electronic view is mediated, so too is the view through the picture window. The cultural act of framing invests something with value. The picture window domesticates nature, collapsing its depth and turning it into a representation.”
Ahh, the Nineties.
(And in case you somehow fail to notice how the ICA building domesticates — institutionalizes? — nature, Super Vision features Yoko Ono’s 1966 work, Sky TV, in which a video camera is aimed at the sky and the live image is displayed as an artwork in the gallery.)