The Art of Expressing Anger 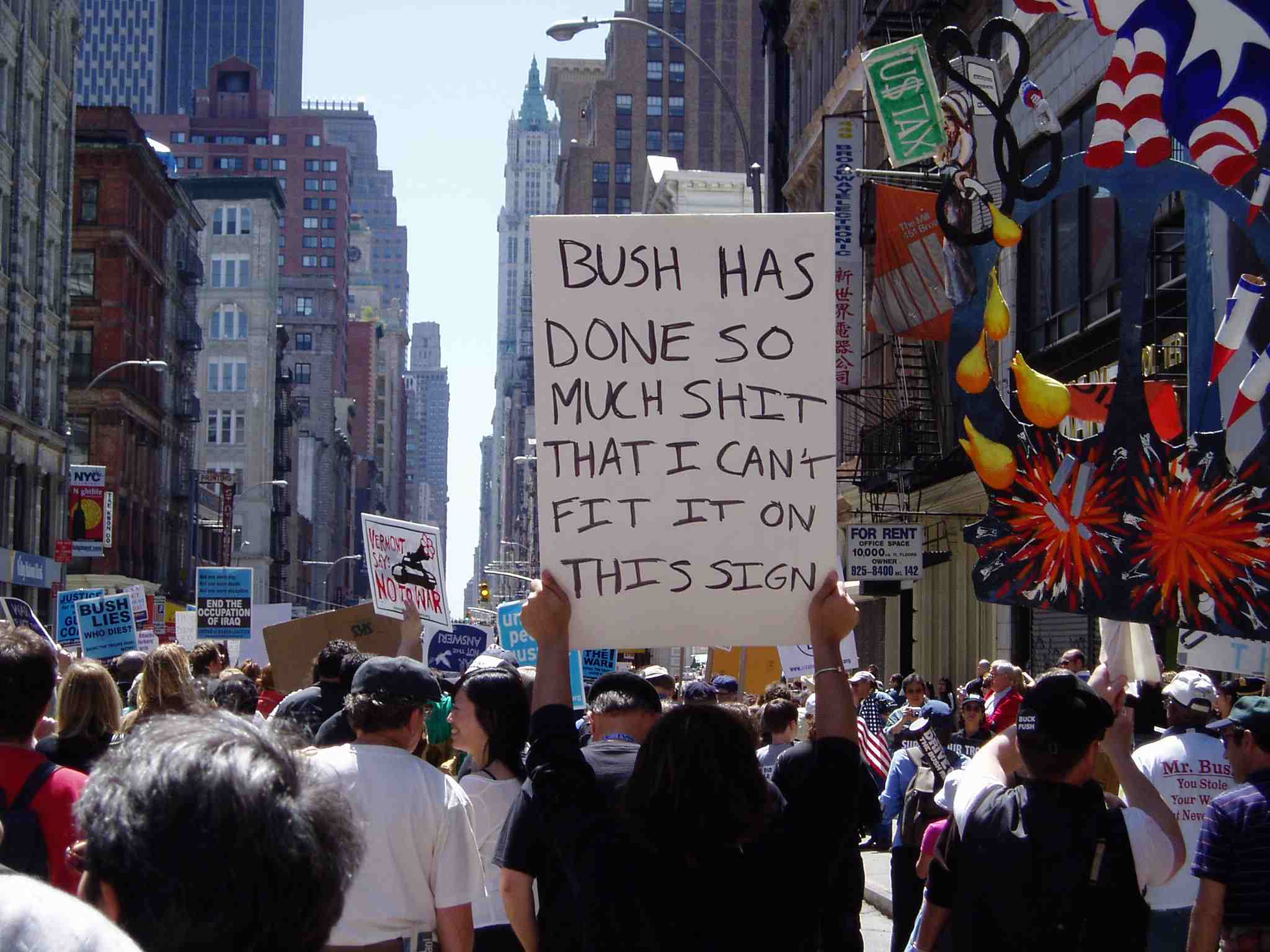 I was reading the Guardian website this morning (I regularly check for new Steve Bell cartoons) and came across the following description of the anti-Bush protests taking place in Brazil, and across Latin America:

Some arrived clutching banners telling “Mr Butcher” to go home. Others brought effigies of “The Warlord” dangling miserably from a hangman’s noose. A handful dressed up as the grim reaper, while some women paraded through the streets with stickers of George Bush and Adolf Hitler placed tastefully over their nipples.

I was struggling to imagine women wearing Bush and Hitler like matching pasties. So I sifted through Yahoo news’s bountiful collection of wire service photos and discovered two things. First, one of the protest posters that’s all over Rio conflates Bush and Hitler.

As a connoisseur of protest posters, I think this is a pretty good one. It drives home its point visually, typographically and with its written message. It’s hard to miss the point. Then, these young women took the sticker-sized version of the poster and added another layer of meaning.

They’re parading in the very chic Bush-as-Hitler stick-on bustiers. Very provocative. Very attention getting. Hussein Chalayan, eat your heart out. Removal, I suspect, is a bitch.

Style issues aside, what I always think when I see coverage of protest in Latin America or elsewhere in the world is that here, in the US, we’ve lost the knack. Sure, I’ve been to some huge anti-war marches in NYC in recent years, but they’ve felt more like the sort of parades that celebrate an ethnicity or mass picnics than like effective dissent. I think we’re afraid to truly express our anger in public, but perhaps before all this is over, we’ll learn.