Recently, Metropolis Magazine, for which I’ve been writing a column called “America” for about nine years,  redesigned its website.  And, for reasons unknown, it was done in a way that renders useless all the links to all the stories that were on the site prior to the redesign. Another year, another furniture fair.  It was the 25th anniversary edition of the International Contemporary Furniture Fair at the Javits Center in New York.  Every year I go and attempt to assess the state of the world by looking at sofas, At last week’s memorial for Bill Moggridge, who died in September, I began thinking about the places where his  life intersected with mine, moments I’d almost forgotten.    Bill was an industrial designer, famous for designing the first portable computer back in 1979.  He was one of the founders of the well-known Palo Alto design firm IDEO, 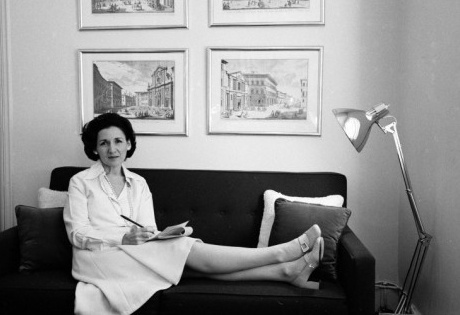 My favorite article of hers, “The Park Avenue School of Architecture,” It gets worse.  Not only did I write kind words about Barclays Center, the rust-coated basketball arena that is the first building to go up in the much despised Atlantic Yards complex, Last night I took my SVA DCrit students on our annual field trip to Times Square.  We started with a tour that featured the Marriott Marquis in all it’s bunkerish glory, and attempted to visit the Philippe Starck designed lobby of the Paramount Hotel, only to discover that the lobby was closed for renovation (strongly suggesting that, Everything is organic here. Early last year, I relocated from downtown Brooklyn to Soho, to live with my  boyfriend.  Then, two weeks ago, the BF, the dog, and I picked up and moved to Williamsburg.  So I’m back in Brooklyn.  But it’s a completely different part of the borough.