Oh, now I feel like a blogger. I’m sitting in the Kansas City airport waiting to board my much delayed flight back to NY. Wednesday morning, I gave a “Perfect $100,000 House” lecture somewhere in the bowels of the KU student union building in Lawrence.

Wednesday afternoon, I ran off to Kansas City and checked in to the very 1970s Westin Crown Center, designed by Harry Weese: 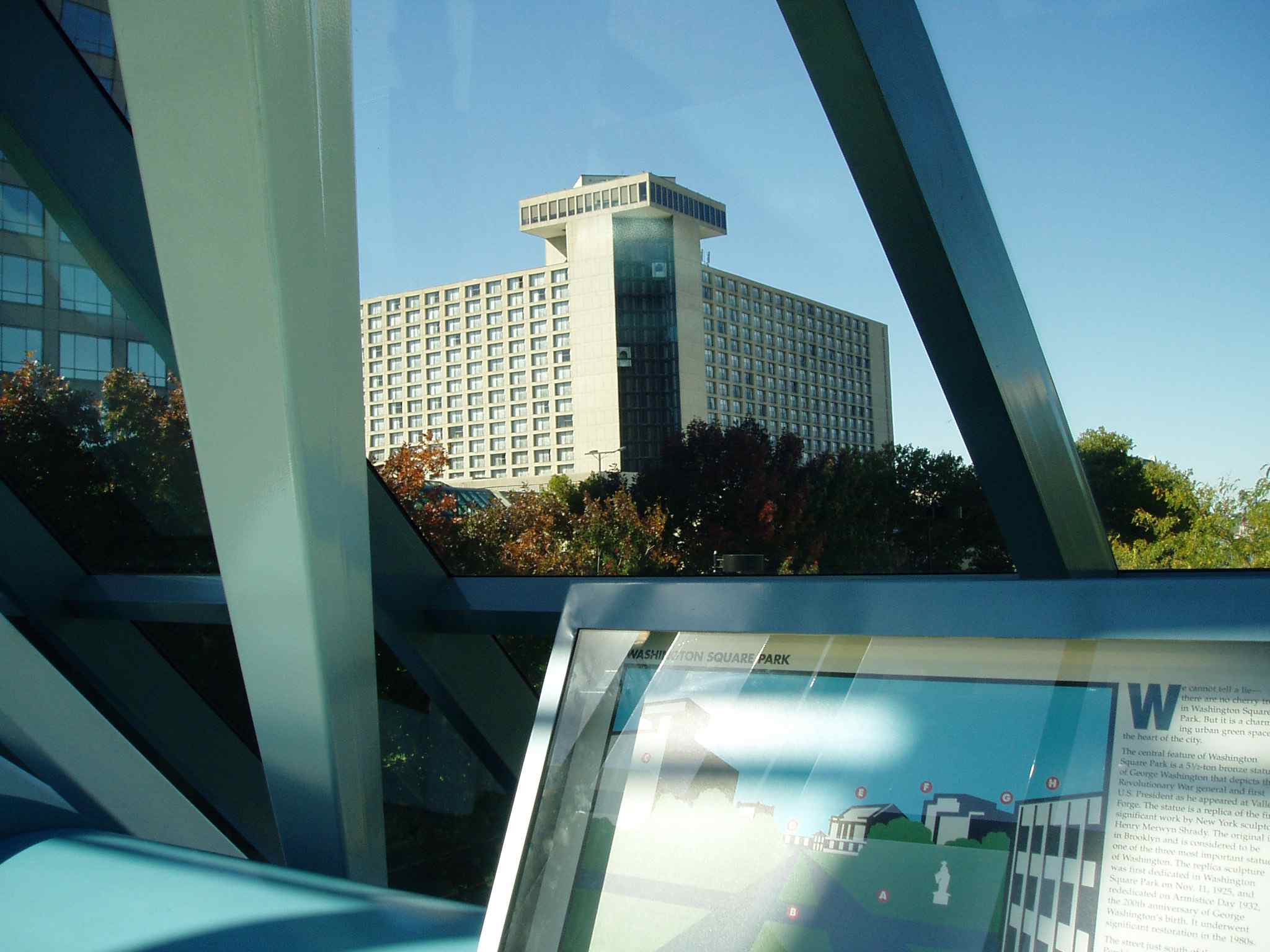 It’s one of those hotels where, in order to get from the lobby to the meeting rooms, you have to ride the escalators past rock formations and waterfalls. If you can look past the routinely awful decor, you’ll see a truly profound concrete structure
Anyway, the point of the Itinerant Urbanist, the I.U.’s job in life, is to tour cities, to go on freeform sightseeing expeditions led by well-informed locals. In Kansas City, the first official I.U. tour ever was conducted by Josh Shelton and Dan Maginn, two of the partners at El Dorado Architects, an especially adventurous local firm. (I last visited them when they mounted an art exhibition in an new Topeka mini-storage facility). I stopped by their lovely new offices on Avenida Cesar E. Chavez and we drove off to worship the new Steven Holl addition to the Nelson-Atkins museum. It’s not due to open for another year, but the building, a massive underground facility that breaks the surface now and then with a series of ethereal glass pavilions, is more or less complete. We walked around the building, stopping to press our noses up against the glass, and to fondle the slightly rough exterior. 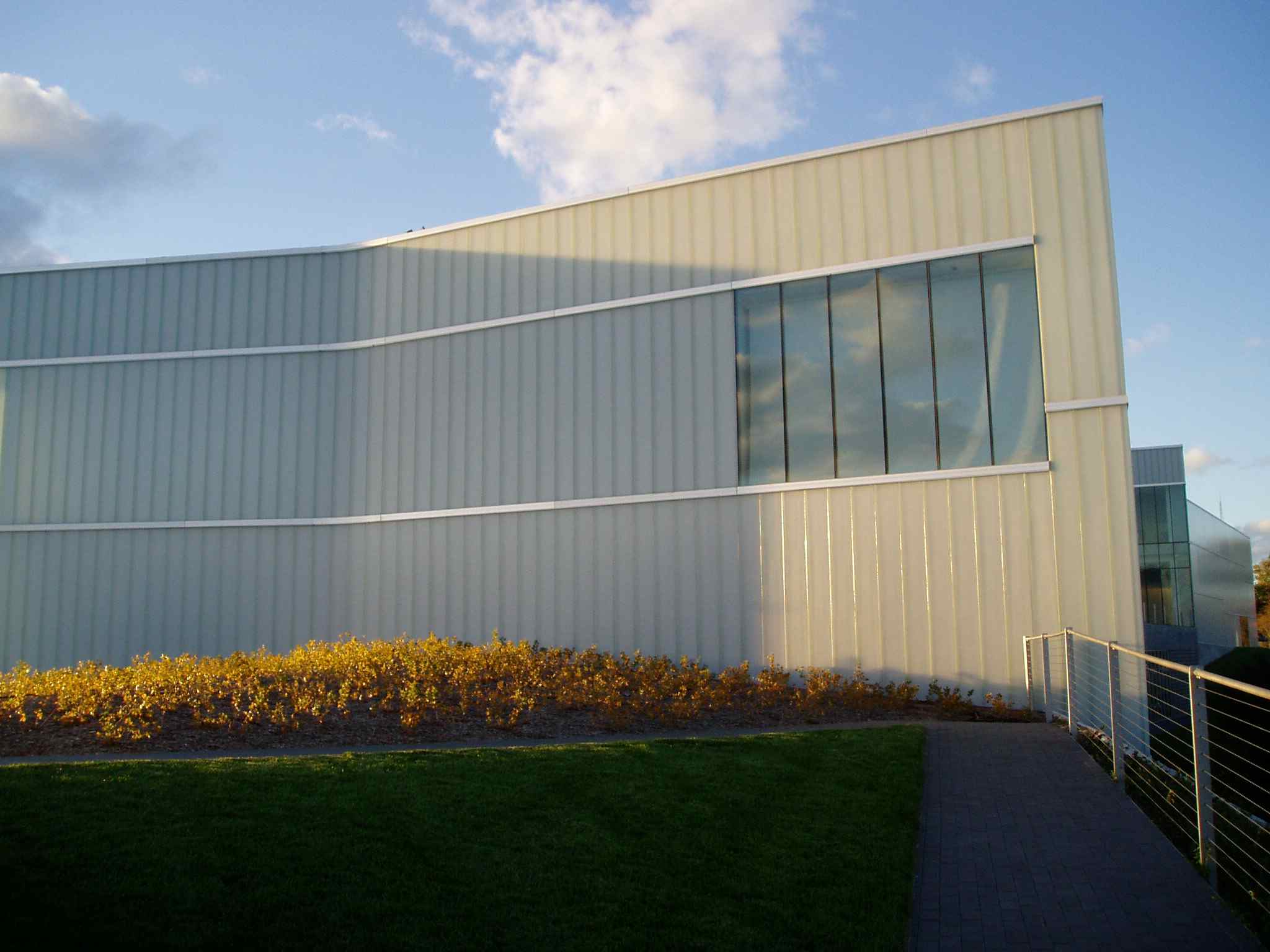 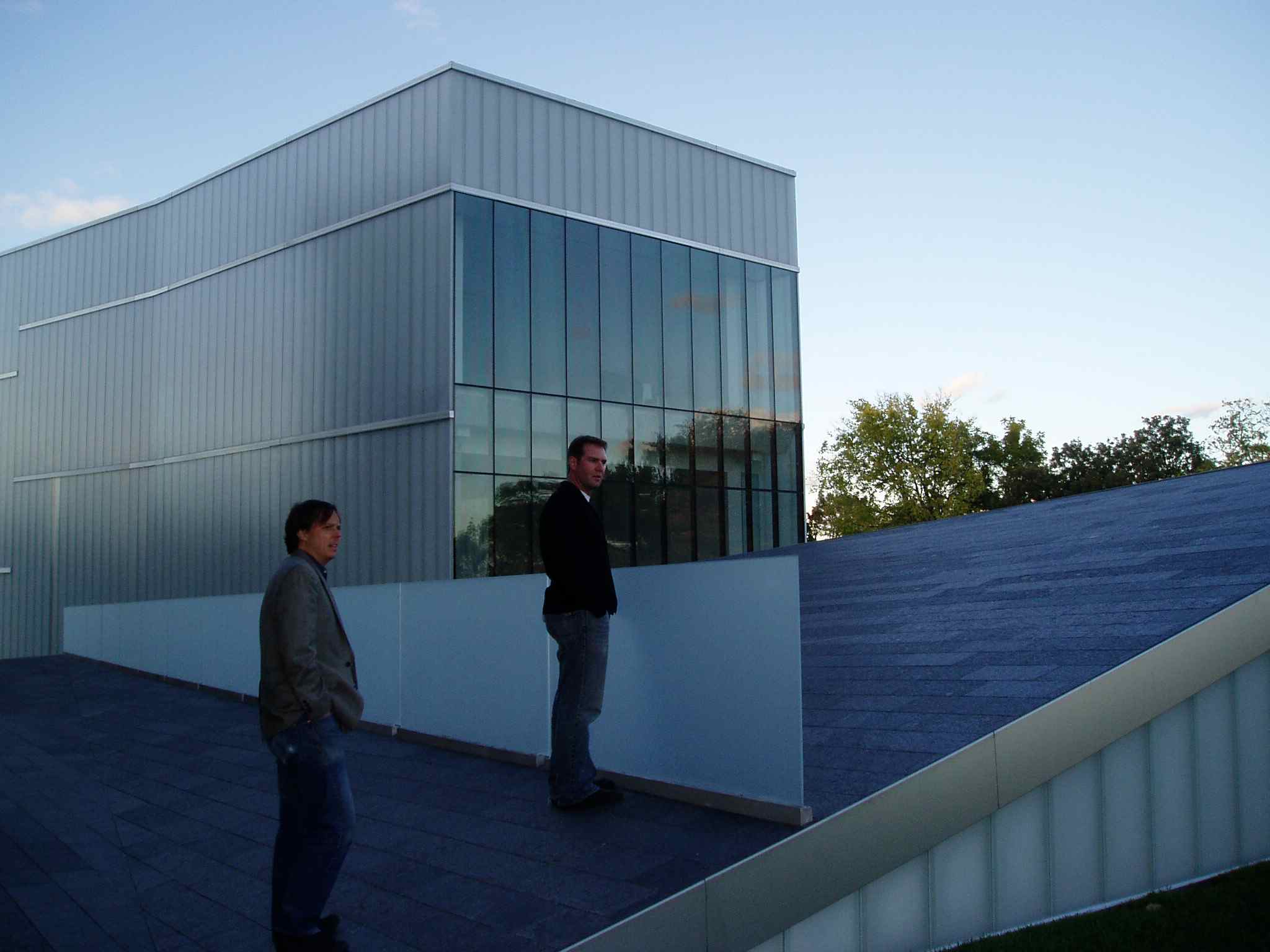 Then, after much meandering, we arrived at former TWA office building, one El Dorado is in the process of restoring. It’s a very handsome 1950s office building that now qualifies for historic preservation tax credits. The symbolic highlight of the project is the 30 foot tall rocket, a carefully re-fabricated replacement for the original. 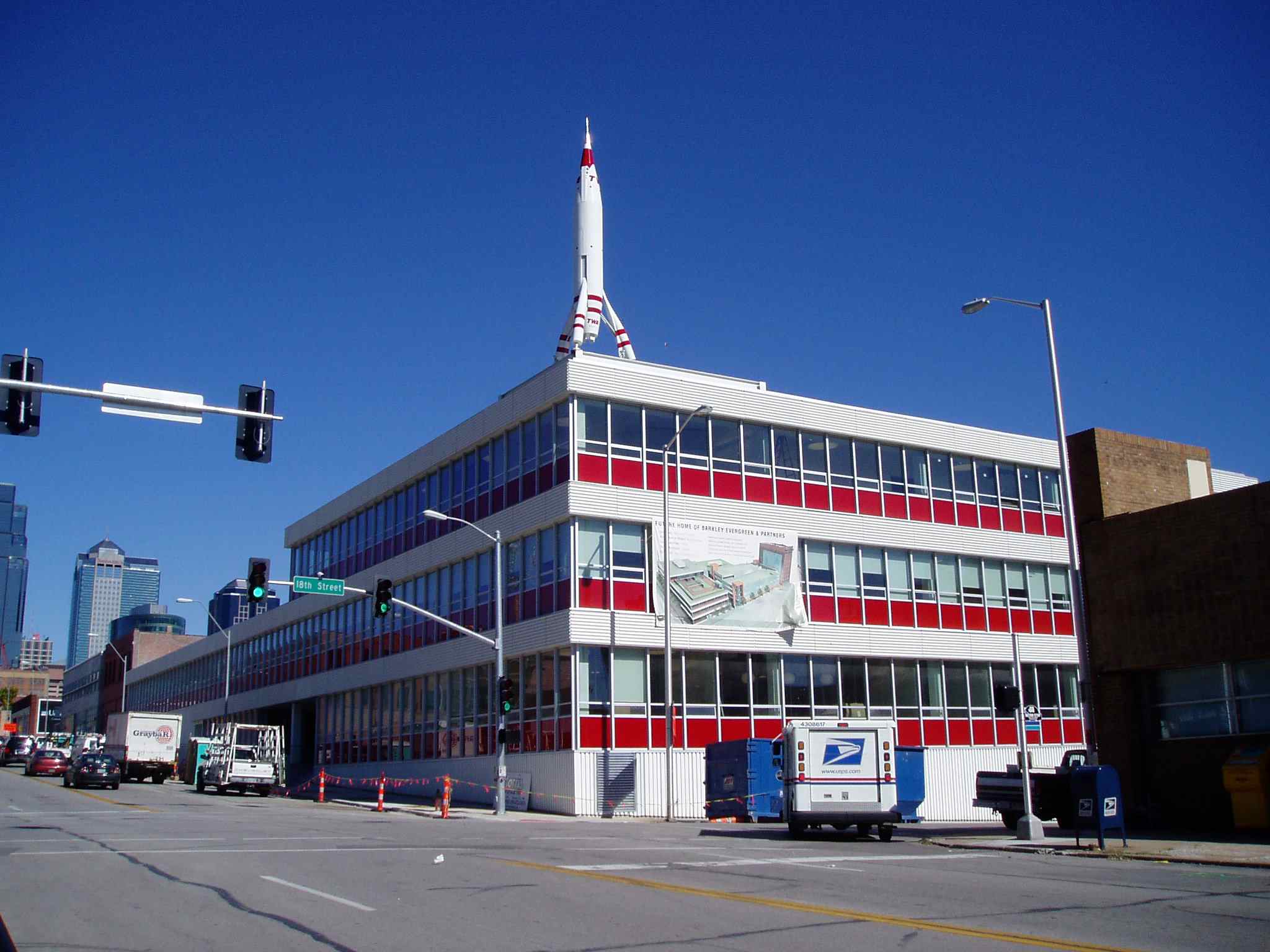 The rocket is pretty damned cute, but I especially appreciate the glass panels in vivd TWA red. Among other things, the building, like the Saarinen terminal at JFK, is a nice memorial to a once-great airline.

And then I attempted to leave Kansas City, but spent the better part of a day at KCI instead. (Of course, I had to board the plane before I could properly finish this post. So much for being a real blogger.)