The Itinerant Urbanist looks for the 21st Century 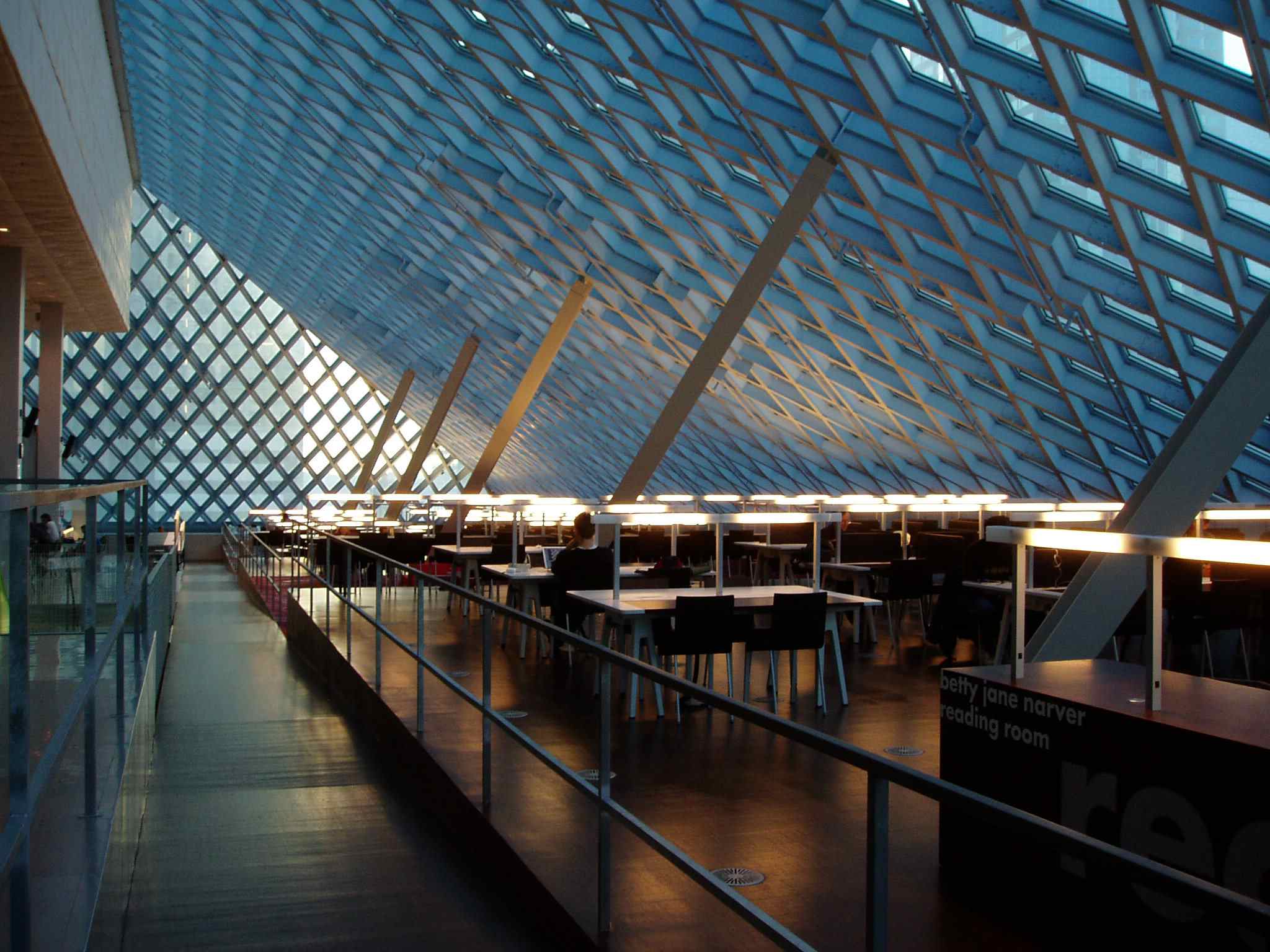 My hobby, to the extent that I have one, is looking for signs that this is, indeed, the 21st century. I’ve said this before, but I think that it’s easy to analyze the past and easier, in some ways, to prognosticate about the future, but it’s very difficult to understand the present because it’s all around us. Does a fish understand the water? Maybe. Does a fish know the difference between 21st century water and 20th century water? That’s a question for the climate change scientists.
In mid-October, I spent a week racing up and down the I-5 corridor in the Pacific Northwest: Seattle, Olympia, Vancouver, B.C., Seattle again, and Portland. Mostly I was doing promo events for The Perfect $100,000 House. But I was also doing what I always do in any city, getting interesting people to give me tours, and going on long, sightseeing runs.

In Seattle, where I lived in the late 1970s and early 1980s, the biggest change is the amount of traffic, not just on I-5, but all over town. I even got stuck in a bus jam, rush hour gridlock caused by too many buses. Anyway, the most conspicuously 21st C. thing in Seattle is the Rem Koolhaas designed, monumentally fabulous public library. It is 21st C. audacious in much the same way that the Space Needle is 1960s audacious. In particular, I was fascinated with the glass and steel grid of the roof: 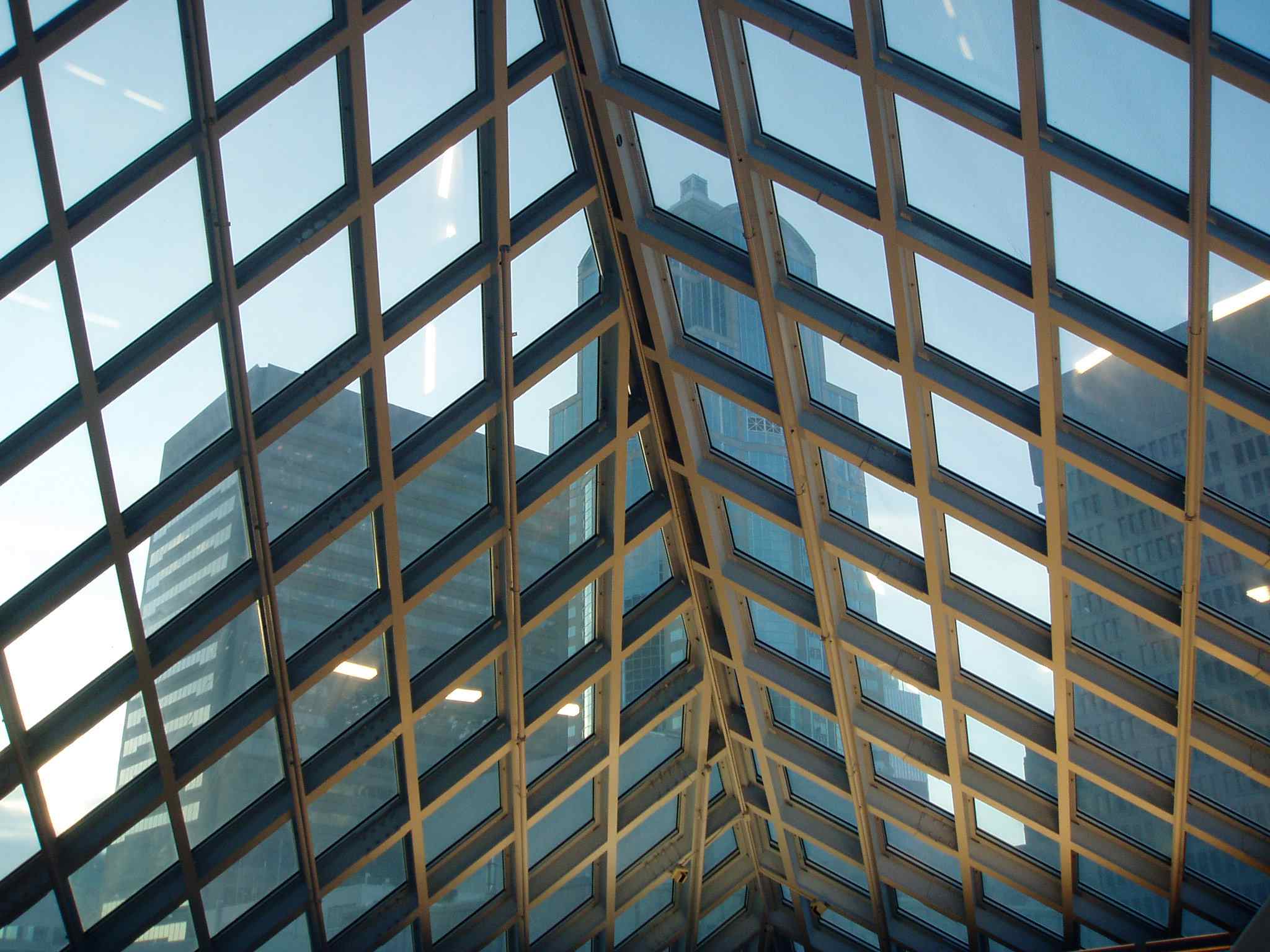 I had seen something a lot like it earlier in the day. Steve Badanes, a member of the legendary design/build firm Jersey Devil, drove me all over the city showing me projects built by the community design/build program he runs at the University of Washington, including the landmark Fremont Troll: 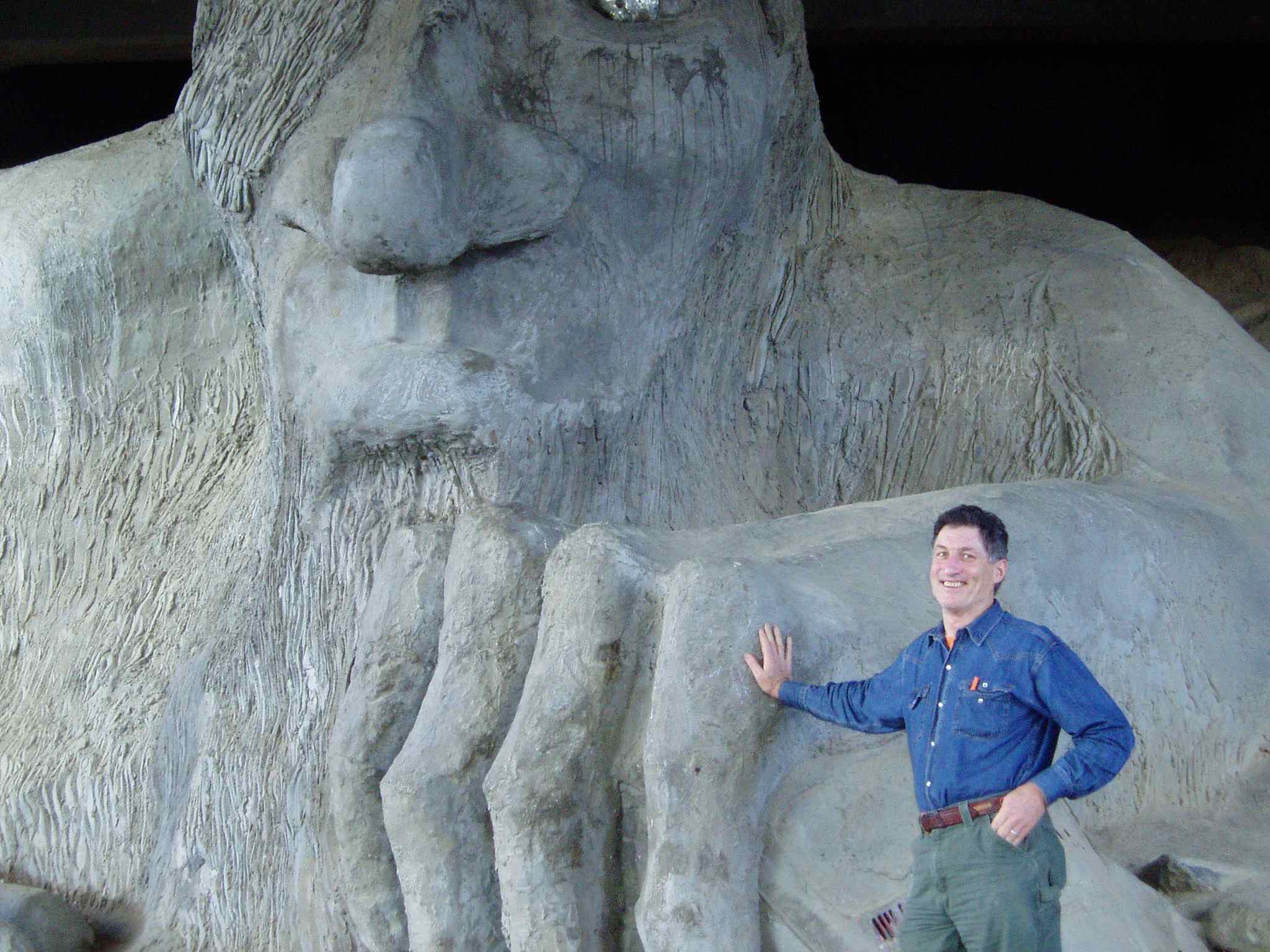 My favorite stop on the tour was the Arboretum , a spectacular 230 acre botanical garden, a place I used to love, but hadn’t really thought about in years. Badanes’ students built a very sweet greenhouse there: 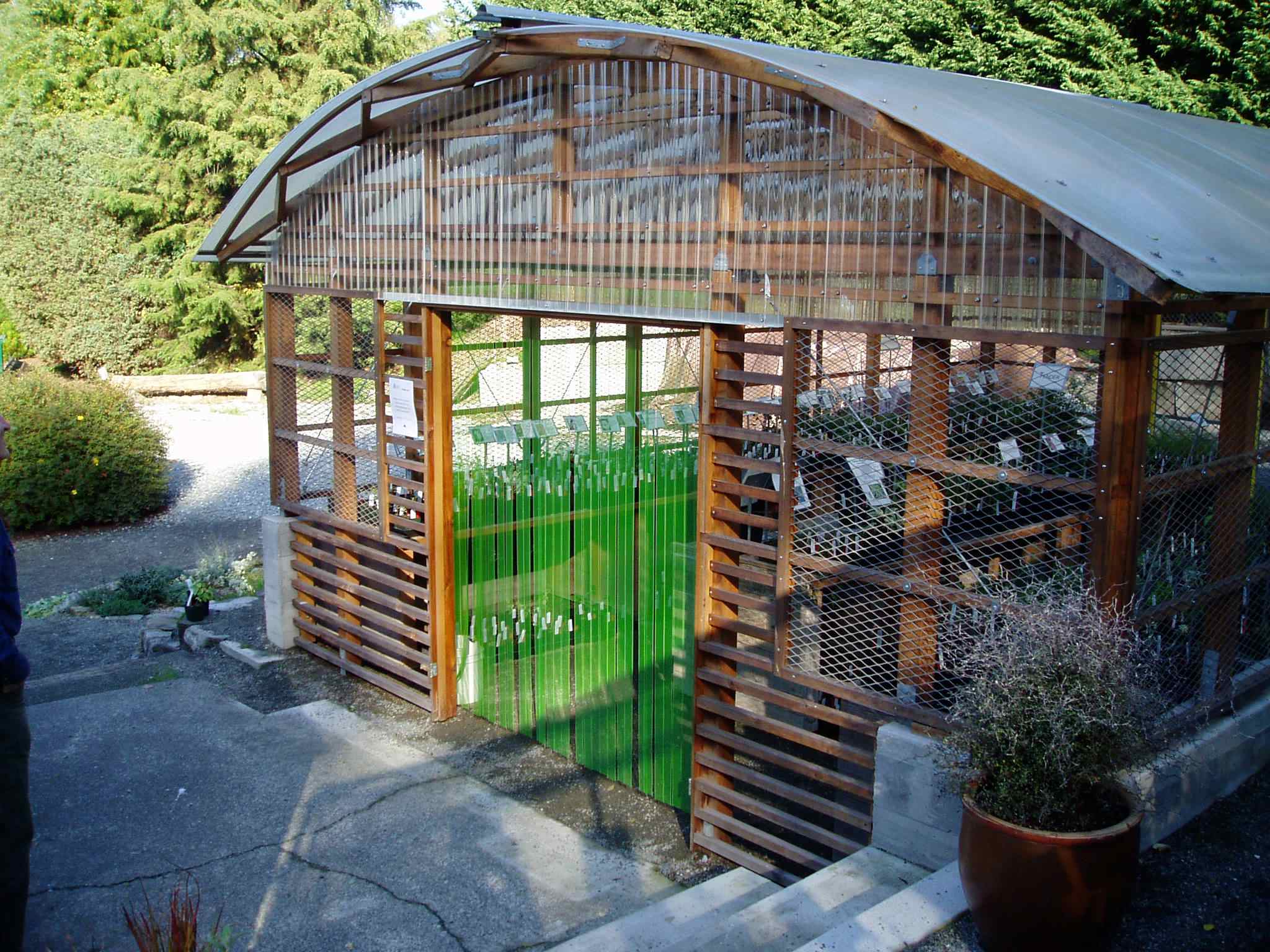 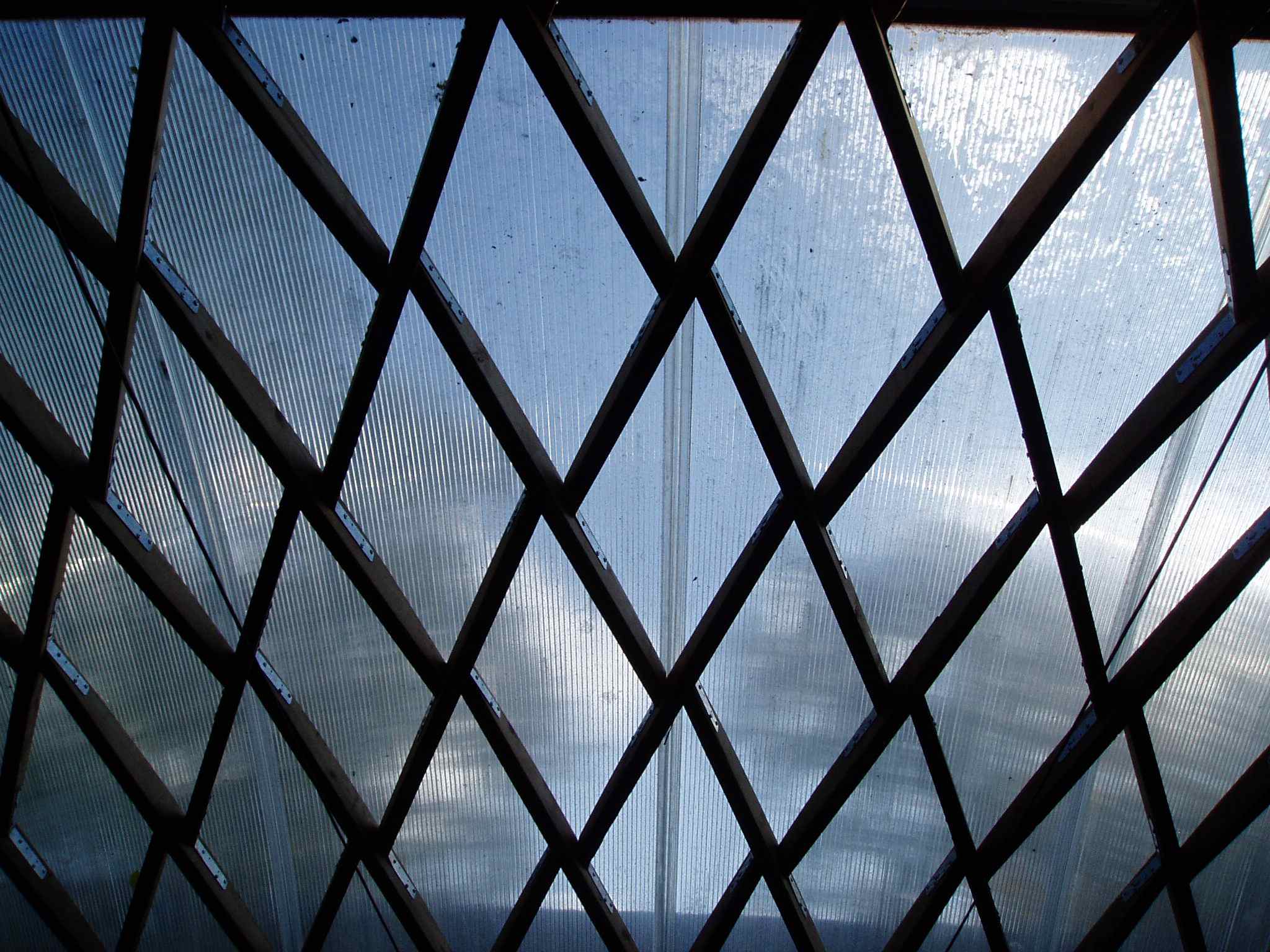 It was completed in 2005 (like the library), and the design, executed in cedar and clear plastic, is intended to admit the maximum amount of sunlight (like the library) while keeping out crows (probably not a factor in the library’s design).
Oh, and Badanes also took me to see a house built by a former student, Dave Sarti. It’s 800 square house with a 160 square foot covered workshop shoehorned into a Central District backyard. This may be what the 21st C. actually looks like: smaller houses, increased density: 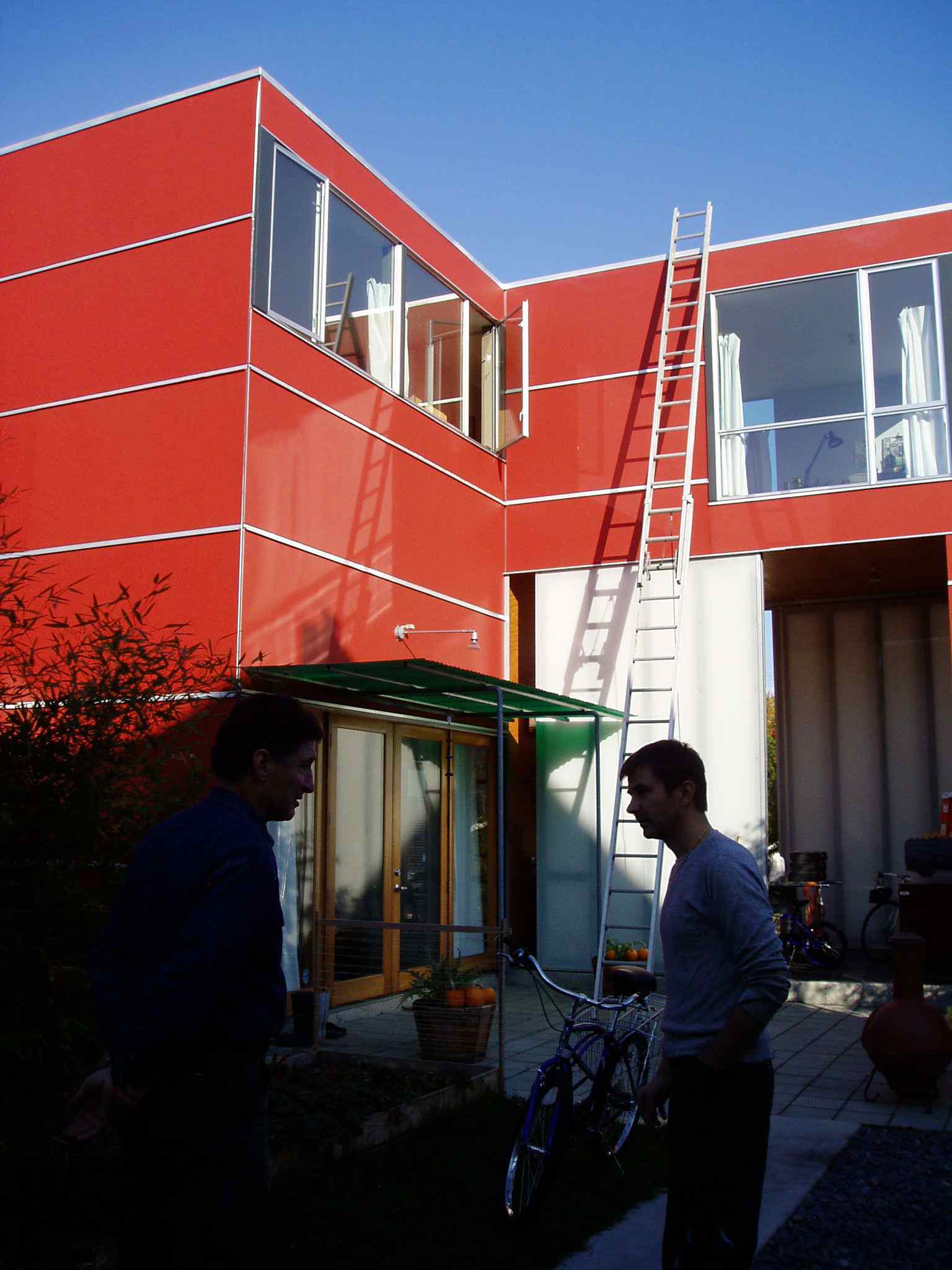 And down in Portland, I found out about the “skinny house” trend. The city held a competition to generate good designs for 25′ x 100′ lots. One of the winners was an existing house by architect Bryan Higgins and this house, fairly traditional in appearance, has gone on to become one of the city’s two “permit-ready” skinny houses: 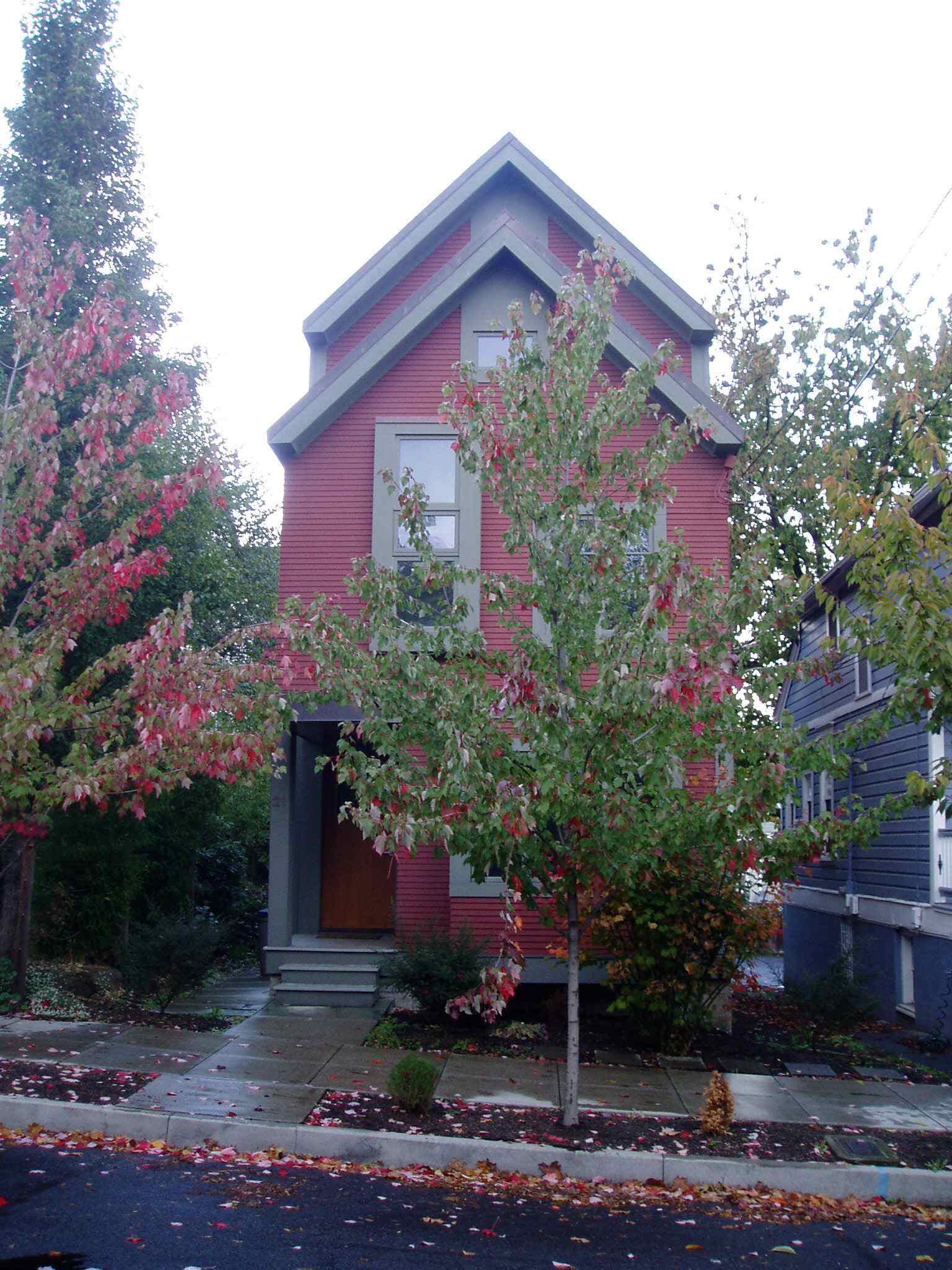 What I remembered on this trip was that, back in 2000, when I was planning the first issue of Dwell for the year 2001, I was struggling to think of non-technological approaches to the “house of the future,” and one of the features in that issue wound up being about the potential significance of tiny houses.*

By the way, Randy Gragg, the architecture critic of the Oregonian, kindly drove me around Portland and showed me the new South Waterfront development. Possibly the most 21st C. thing I saw there was the central pylon for the city’s aerial tram, designed by Angélil/Graham/Pfenninger/Scholl. It sticks up from the surrounding landscape like a War of the Worlds Martian: yes it’s invasive, but in the best possible way. Lord knows, Portland could use a space alien or two: 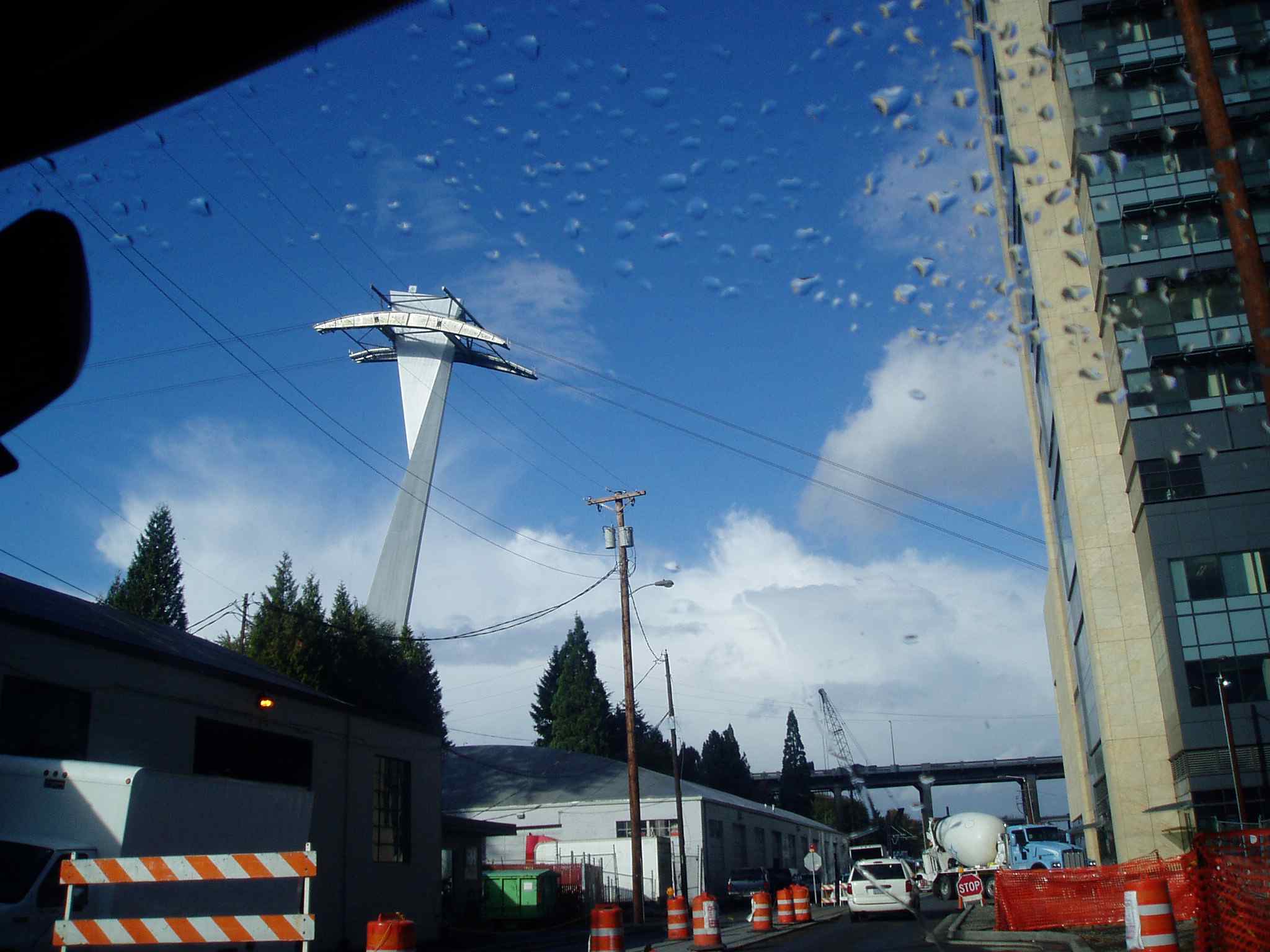 As for Vancouver, well it’s very 21st C., with sparkly new green glass residential highrises ringing the downtown area. Either that, or it’s very pre-war 20th C., in that they somehow managed to skip the part of the 20th C. where every city got tangled up in multi-lane expressways. And, yes, they’re working on building smaller houses, too. But somehow, this was the one 21st century sign that jumped out at me as I wandered around Yaletown on a Friday night. What does it mean? You know, I’m not quite sure: 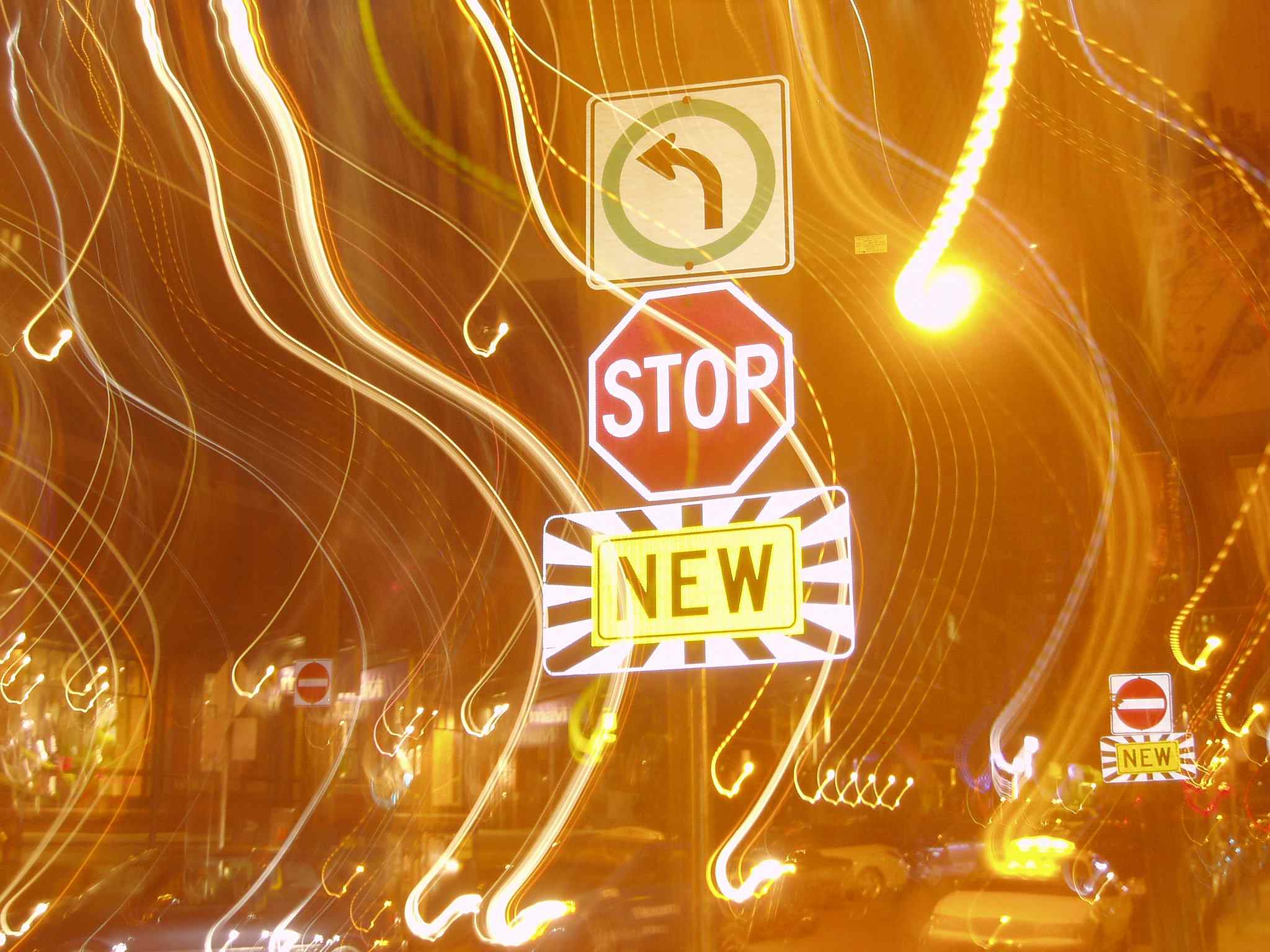 *For more on the tiny, skinny, teeny-weeny house trend, check out my America column coming up in the December issue of Metropolis.